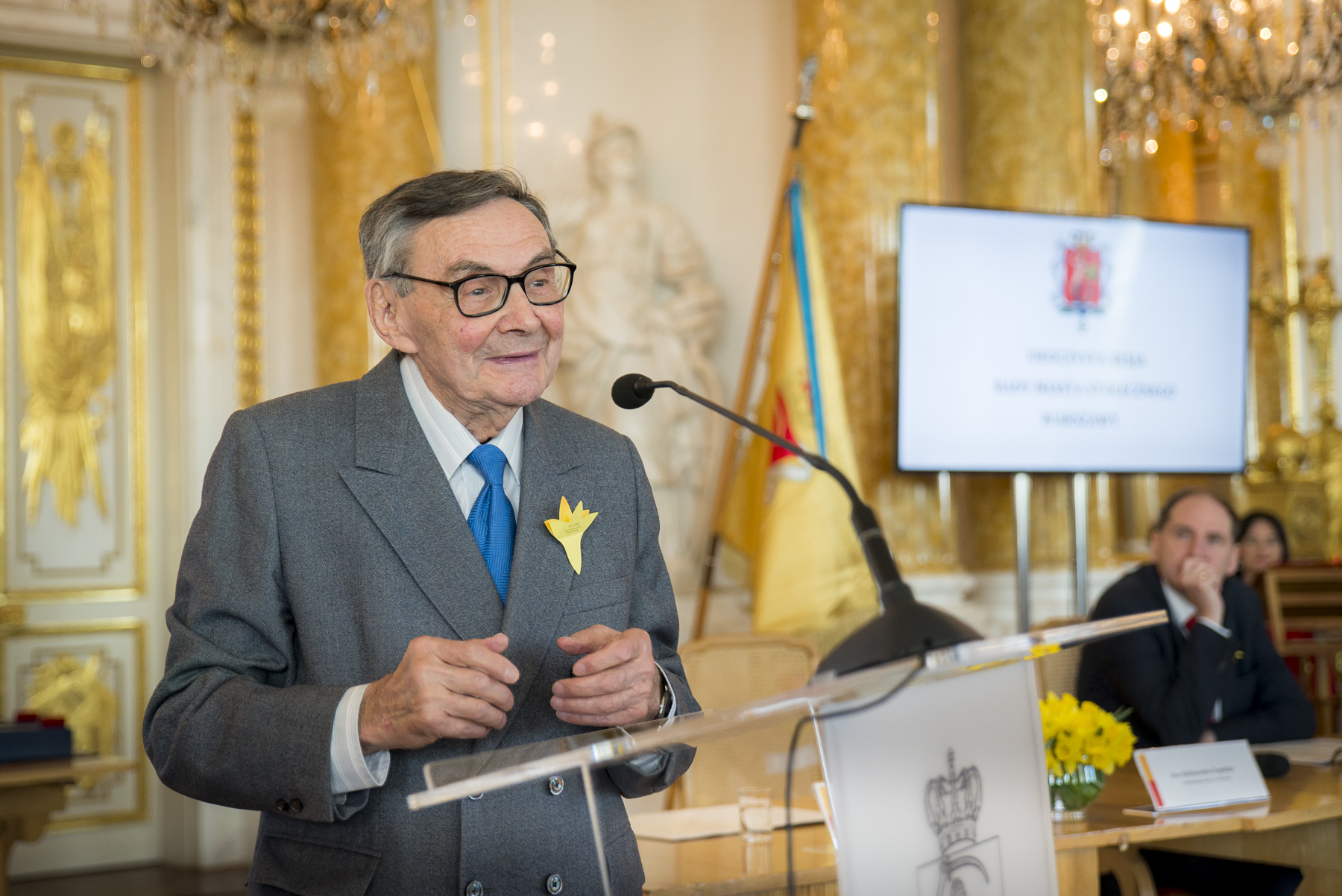 Marian Turski, Vice Chair of the Association’s Board and Chair of POLIN Museum Council, will be speaking at the United Nations Holocaust Memorial Ceremony on Monday, January 28th, at 11:00AM–1:00PM. This year’s theme, “Holocaust Remembrance: Demand and Defend Your Human Rights,” highlights the 70th anniversary of the Universal Declaration of Human Rights and the Convention on the Prevention and Punishment of the Crime of Genocide. The event will take place in the UN General Assembly Hall. For the full program: http://bit.ly/2seJkJH. To attend, register here: https://bit.ly/2PlidG8

Marian Turski (b. 1926) survived the Łódź ghetto, Auschwitz-Birkenau, Buchenwald, Theresienstadt, and two death marches. He is a historian, journalist, and human rights activist. He is a member of the International Auschwitz Council, Chair of the POLIN Museum Council, and Vice Chair of the Association of the Jewish Historical Institute of Poland, the Jewish NGO in Poland that co-founded POLIN Museum of the History of Polish Jews. He was awarded Poland’s Commander’s Cross with Star of the Order of the Rebirth of Poland and the country’s Medal for Merit to Culture, as well as France’s National Order of the Legion of Honor and Germany’s Federal Cross of Merit.