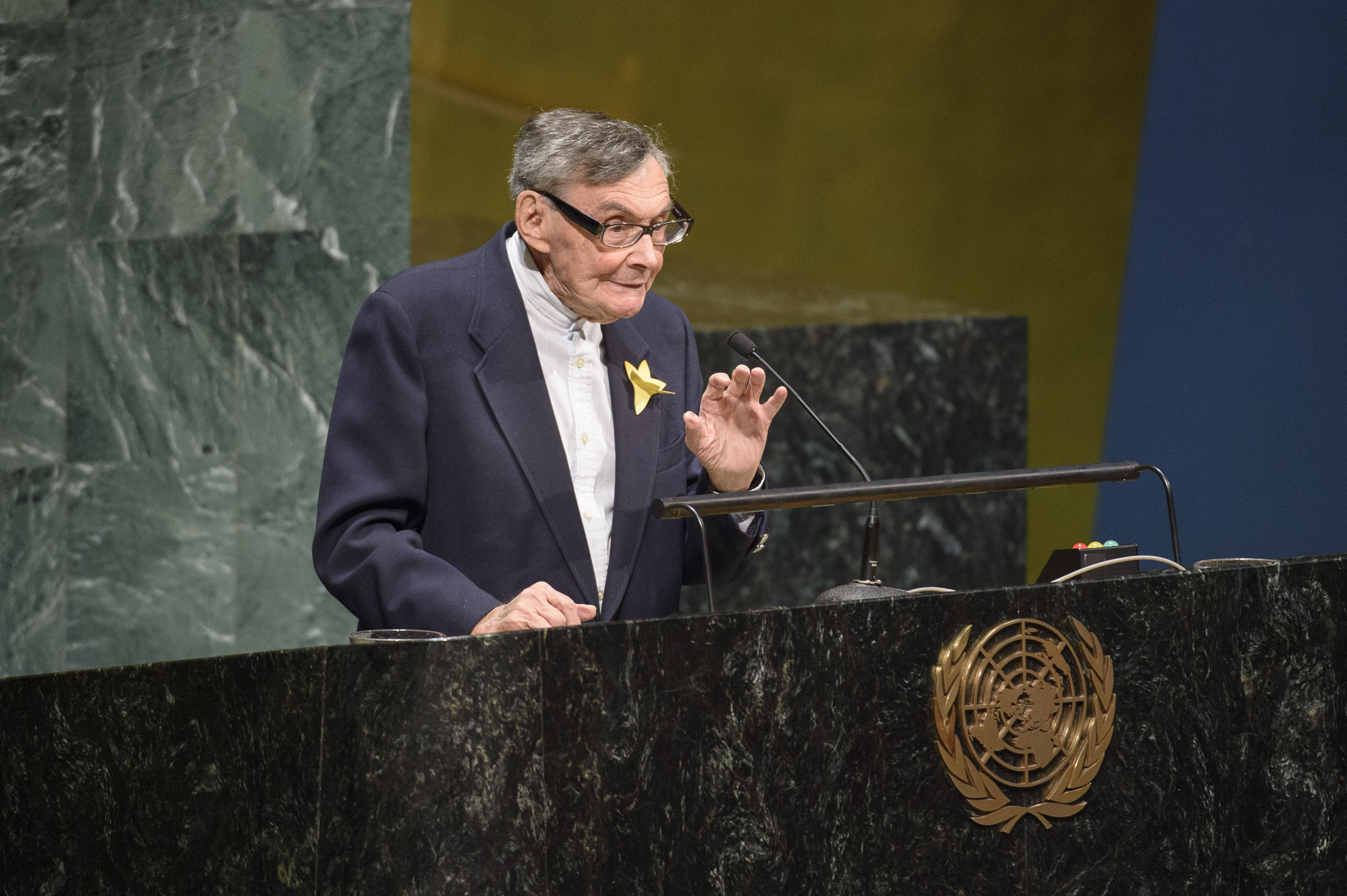 On January 28th 2019, Vice-president of the Association of the Jewish Historical Institute of Poland was a guest speaker at the United Nations headquarter in New York City Mr. Turski speech was part of a special gathering organised as one of the events during celebration of the International Day of Commemoration in Memory of the Victims of the Holocaust. Motto of this year’s celebration is: “Holocaust Remembrance: Demand and Defend Your Human Rights”
Marian Turski was a guest speaker among such officials as Antonio Gueterres – Secretary of UN, Sara J. Bloomfield the director of United States Holocaust Memorial Museum, UN Israeli and United States ambassadors and Igne Auerbacher, who as Mr. Turski is a holocaust survivor.
Main issues that were highlighted in most of the speeches was striking increase of antisemitism behaviours in numerous countries and alarming incapacity in knowledge about history of annihilation of Jewish people, especially among youngsters. As an example of such behaviour tragic attack inside the Tree of Life synagogue in Pittsburgh, Pennsylvania, was brought again into public attention. This tragic incident was named as the worst anti-Semitic attack in the history of the United States of America.
Marian Turski during his speech put great emphasis on the fact that during his imprisonment in Auschwitz he had no name and nothing else accept the number he was given. He stated that the most tragic and hard thing to overcome during his days in extermination camp were not hunger, cold, omnipresent diseases nor even hard, everyday living conditions but the common humiliation and violence towards him because of his Jewish origins. This was his life lesson that showed him that empathy and compassion are the most valuable human reactions. This specific knowledge he wants to deliver to the next generations and young people all around the world.