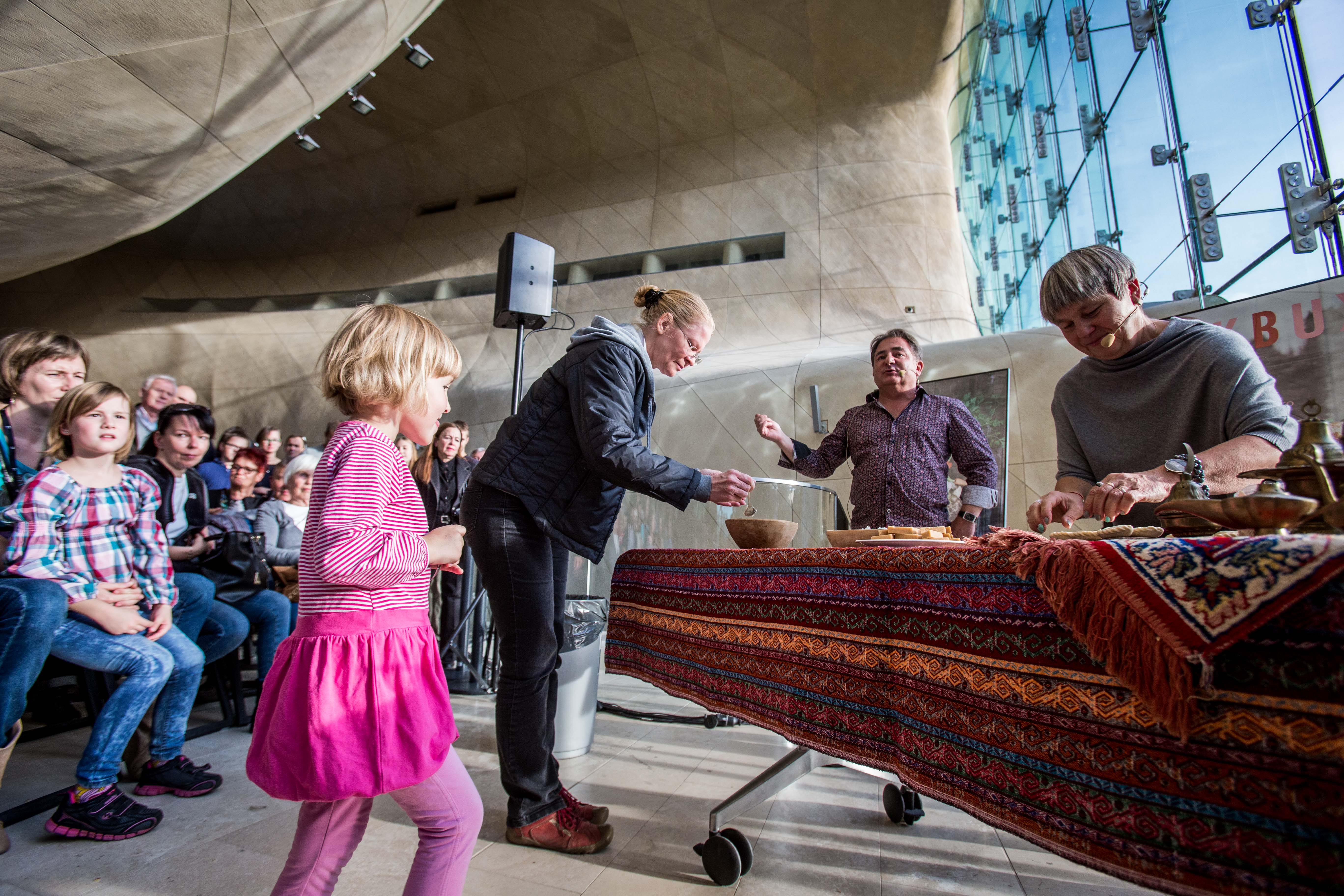 The three-day program of Made in POLIN Festival was filled with various cultural events: concerts, theatre performances, meetings at the common table and in Muranów district, workshops and fascinating walks at the core exhibition. It was an exceptional opportunity to meet extraordinary artists, linguists, animators of culture.

During the first edition (“Journey of Transformation” 2015) you could experience live performances of Robert Więckewicz and Idan Cohen, well-known Israeli dancer. Numerous musicians also took part in the Festival: a legendary mandolinist Avi Avital performed with Polish Radio Amadeus Chamber Orchestra conducted by Anna Duczmal-Mróz, ‘Pianohooligan’ Piotr Orzechowski and Avishai Cohen revived jazz music created by Polish-Jewish composers. We also organized special tours of POLIN Museum, during which unusual tour guides lead visitors along an individual path. 10 artists hacked in to the “1000 years of the history of Polish Jews” exhibition, they created their own stories inspired by the galleries. Additionally, the program included debates with representatives of key European cultural institutions, as well as POLIN Feast, a meal combined of dishes from Jewish, Tartare and Armenian cuisine prepared by Robert Makłowicz.

The second edition of Made in POLIN Festival (“References” 2016) focused on intercultural borrowings: words, sounds, paintings, objects or ideas adapted from various cultures. The “Sounds of prewar Zamenhofa Street” reached its conclusion during the Festival. For six months volunteers, supervised by experts, collected information on history of this significant part of prewar Jewish Warsaw – the place where POLIN Museum is standing now. The effect of their works inspired artists, who created installations, concerts and other projects. Concert of Sinfonia Varsovia Orchestra “Reich/Jimek/Quotations”, tour of the city center in the footsteps of migrants and tour of the multicultural Praga, performance of Joanna Rajkowska “Forcing a miracle”, an audio-play “GOLEM” were also a part of the program along with many other events, from dancing to cooking.