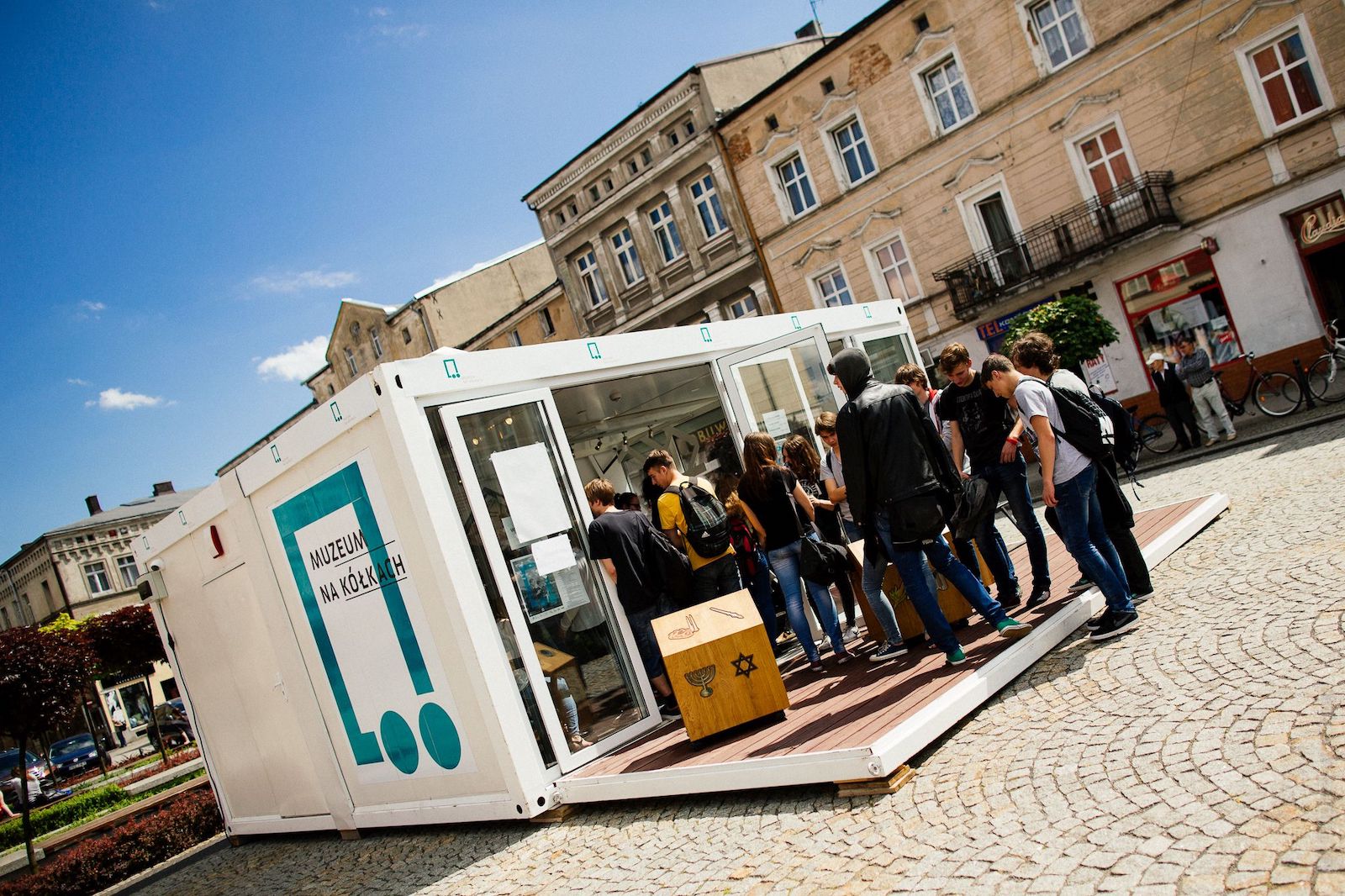 In order to present the history and culture of Polish Jews Museum on Wheels, a mobile educational project, has already visited several dozen towns with population under 50,000 and organized over 50 local events, including workshops, excursions, and lectures.

In the years 2014-2017 the project was subsidized by EOG and Norwegian funds through Iceland, Liechtenstein and Norway. Thanks to this support, Museum on Wheels visited 75 towns across Poland and two versions of the exhibition – with the pavilion and without – were made.

Project was co-financed by the Ministry of Culture and National Heritage.