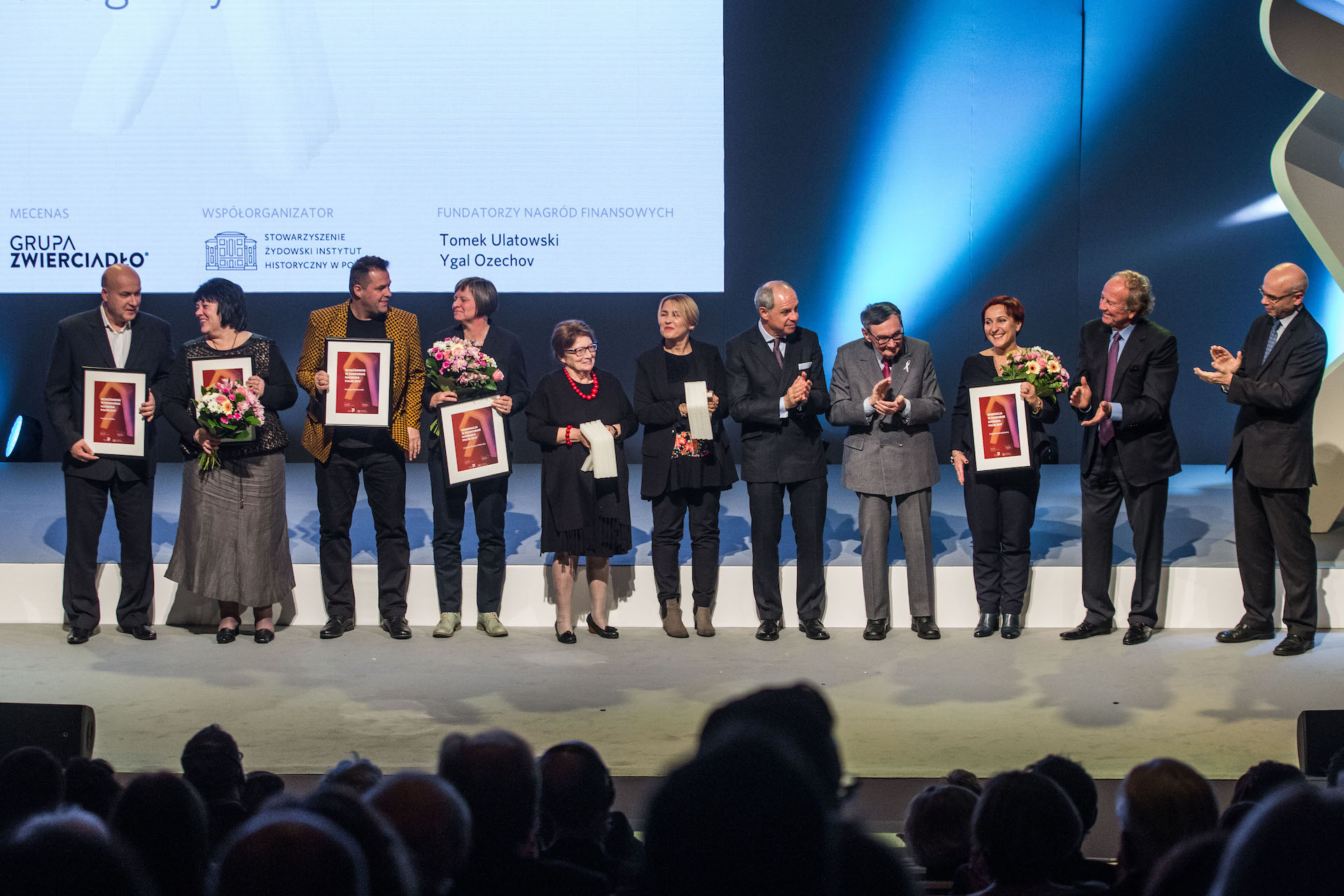 Since 2015 POLIN Museum and the Association have presented the POLIN Award to an individual, organization or institution that has made an outstanding contribution to the preservation and memory of the Jewish heritage in Poland, as well as to creating trust and respect among Poles and Jews. The award is presented at a gala, during which we also honour all the donors and partners, who have played an important role in the success of POLIN Museum.

The winners receive a statue, which is a sculpture made by Barbara Falender, and since 2016 a financial award as well. The jury also presents honorable mentions and a Special Award.

Organization of the POLIN Award Gala is possible thanks to the support of the Jaknilevitsch Foundation.

Financial awards are funded by: