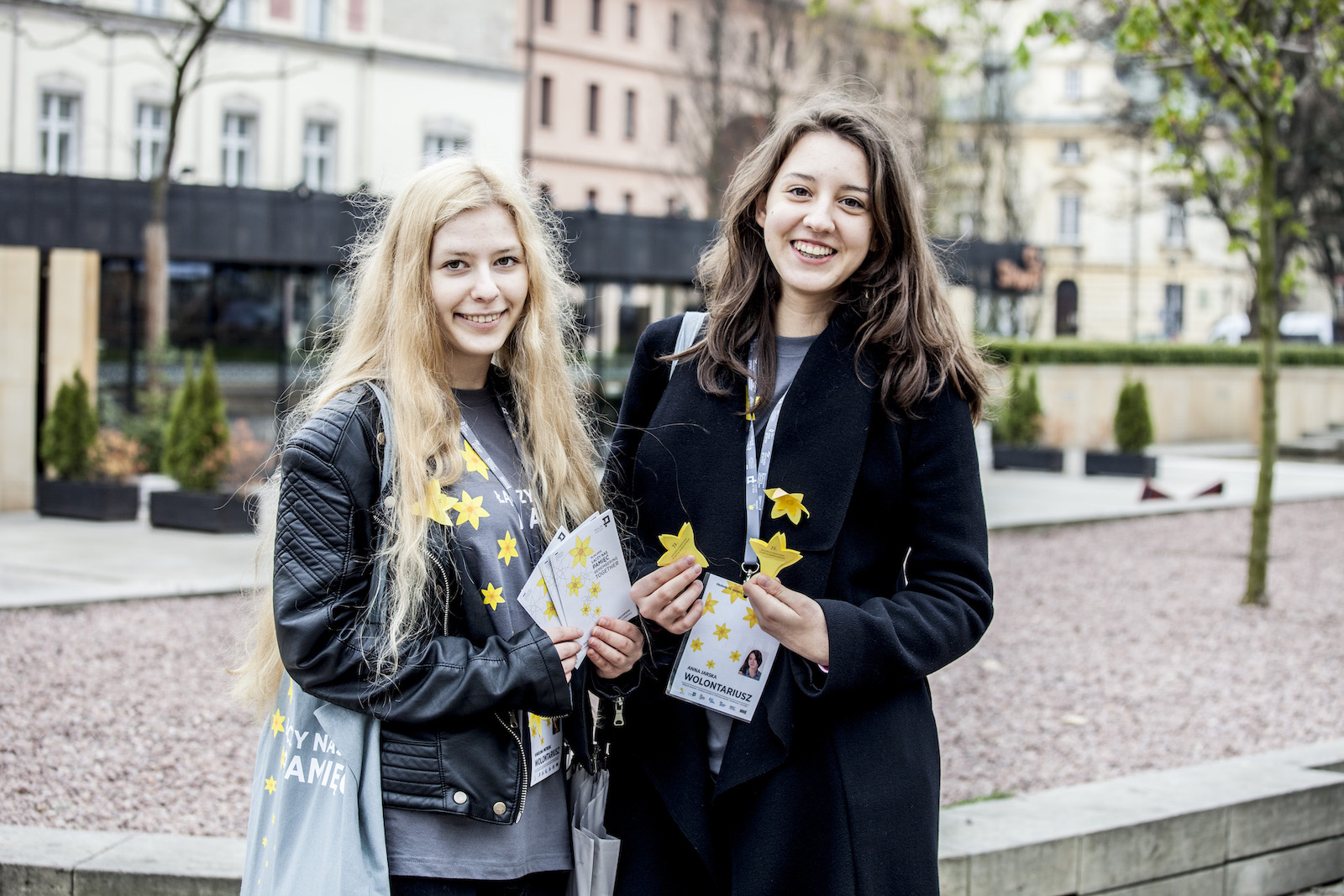 19th of April marks the anniversary of the outbreak of the Warsaw Ghetto Uprising – the biggest Jewish military revolt during WW2, and the first urban insurgency in occupied Europe. On that day, POLIN Museum of the History of Polish Jews in cooperation with our Association launches the Daffodils social-educational campaign.
Why these flowers? Marek Edelman was the last commander of the Jewish Combat Organization and one of the few survivors of the Uprising. Each year on the anniversary of its outbreak, he laid a bouquet of yellow flowers at the Monument to the Ghetto Heroes in the Warsaw district of Muranów. Daffodils became a symbol of respect and remembrance of the Uprising. The campaign aims to promote this symbol and to spread the knowledge on the Warsaw Ghetto Uprising.
The Association of the JHI co-organizes this campaign every year.

Chris J. Frąckiewicz
Hochberg and Lowenstein Families of Chicago
The City of Warsaw