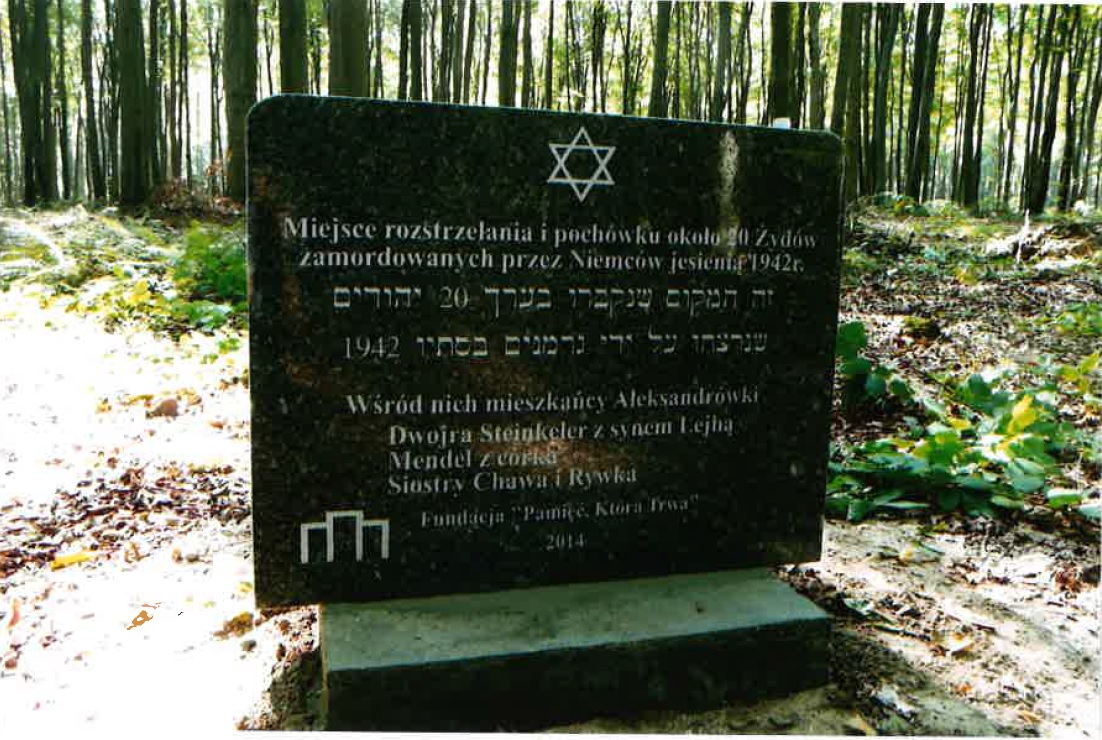 Thanks to the support of the Association Foundation ‘Pamięć, Która Trwa’ was able to commemorate the memory of people murdered in 1942-1943 in Knieja woods near Aleksandrówka by placing 6 commemorative stones. Among the 50 victims were Poles and Jews who died when they were hiding in the woods. Foundation also hosted a celebration which was attended by authorities, clergy, guests from Israel, students and those living in nearby towns.

Amount granted by the Association: 8 000 PLN