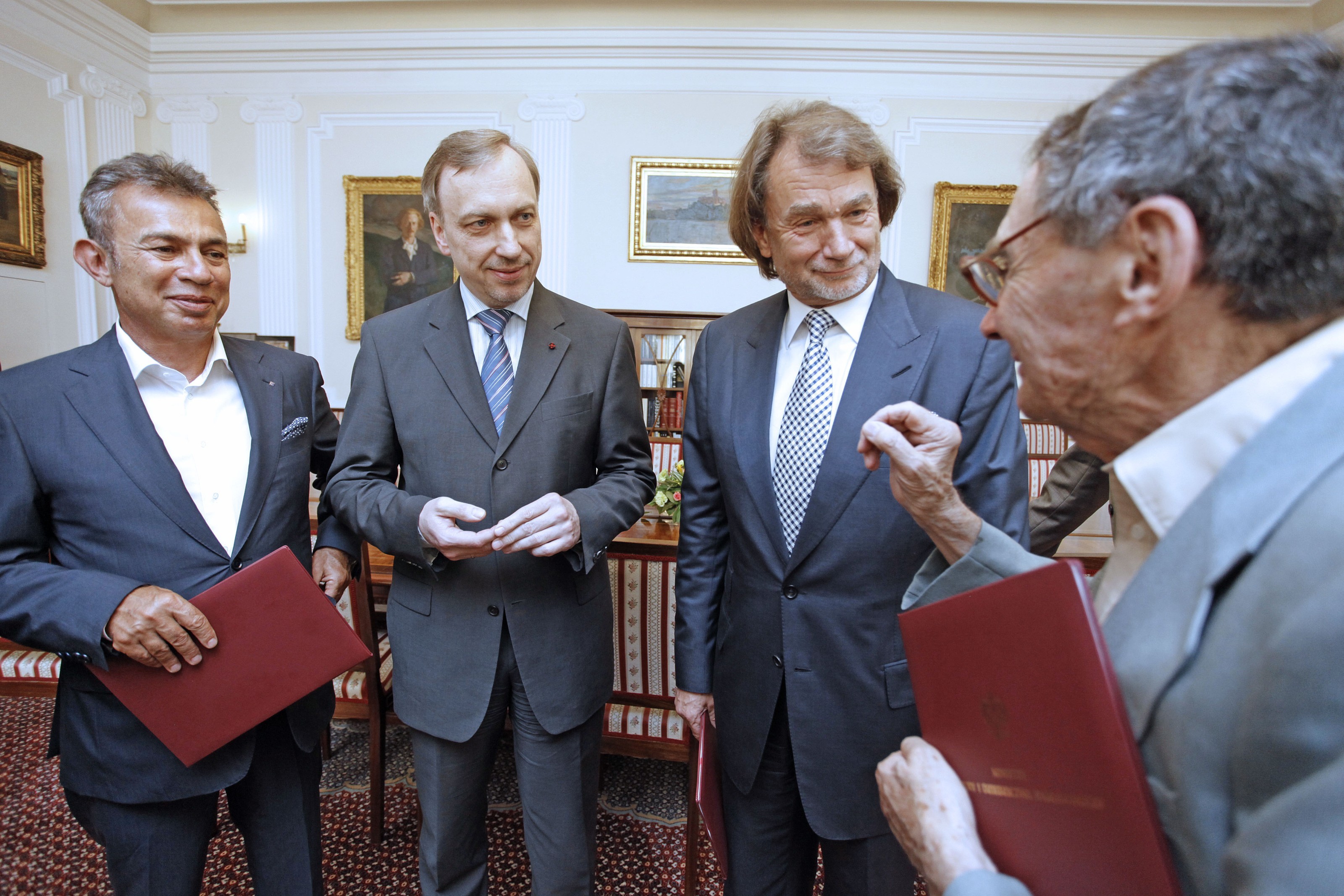 Jan Kulczyk was the biggest individual donor of the Museum, a long-term project ambassador and one of the pillars of the Capital Campaign. No one in Poland has ever devoted such a substantial sum for cultural causes. Without his very generous contribution, the exhibition at the Museum would probably look completely different, and it wouldn’t be one of the most frequently visited locations in Warsaw, awarded with European Museum of the Year Award 2016.

The Museum of the History of Polish Jews is like a moral compass. It leads us to truth. It teaches that there are no shortcuts in this journey – without tolerance, respect and forgiveness. It illustrates the course of human fate and reminds us that we need to leave a trace of what is important and valuable to us. The Museum pays tribute to those who died by presenting and cultivating the memory of the richness of their lives and achievements. Jan Kulczyk on the POLIN Museum of the History of Polish Jews.

Please see a short material with Dr. Kulczyk recorded at the Museum shortly after the opening of the core exhibition, in October 2014.

Jan Kulczyk was born in 1950 in Bydgoszcz. He was the founder of Kulczyk Holding, based in Warsaw, and the international investment group Kulczyk Investments. For many years he has been at the top of the list of the richest Poles and was considered one of the most influential entrepreneurs in Central and Eastern Europe. He received his PhD in international law. Graduate of the Faculty of Law at the University of Adam Mickiewicz in Poznań and Foreign Trade at the Postgraduate Studies in Foreign Trade at the University of Economics in Poznań.

He was a member of the council of foreign and domestic investors under the president of Ukraine as well as the elite council of advisors to the Atlantic Council think tank.

He was the co-founder and for many years the president of the Polish Business Roundtable. He also chaired the Polish-German Chamber of Commerce for several years and now serves as its Honorary Chairman. In 2005-2007, he presided over the Polish-Ukrainian Chamber of Commerce. He is a founding member of the EU-Ukraine Commercial Council with its headquarters in Brussels.

Laureate of the prestigious Kisiel Prize (1992), decorated with the Order of Polonia Restituta for his contributions to the Jasna Góra monastery. Laureate of the Mecenas Kultury award conferred by the Minister of Culture and National Heritage for his support to the Museum of the History of Polish Jews and other initiatives. In October 2013, he was the first entrepreneur in the world to be honored by the government of Nigeria with the Friend of Nigeria award. This was a way of recognizing his contribution to the economic development of the African country as well as promoting and building business relationships between Nigeria and Poland. Taube Philanthropies presented its 2015 Irena Sendler Memorial Award posthumously to Dr. Kulczyk’s children, Dominika Kulczyk and Sebastian Kulczyk, in honor of their father’s commitment to honoring and advancing Jewish culture and history in Poland.