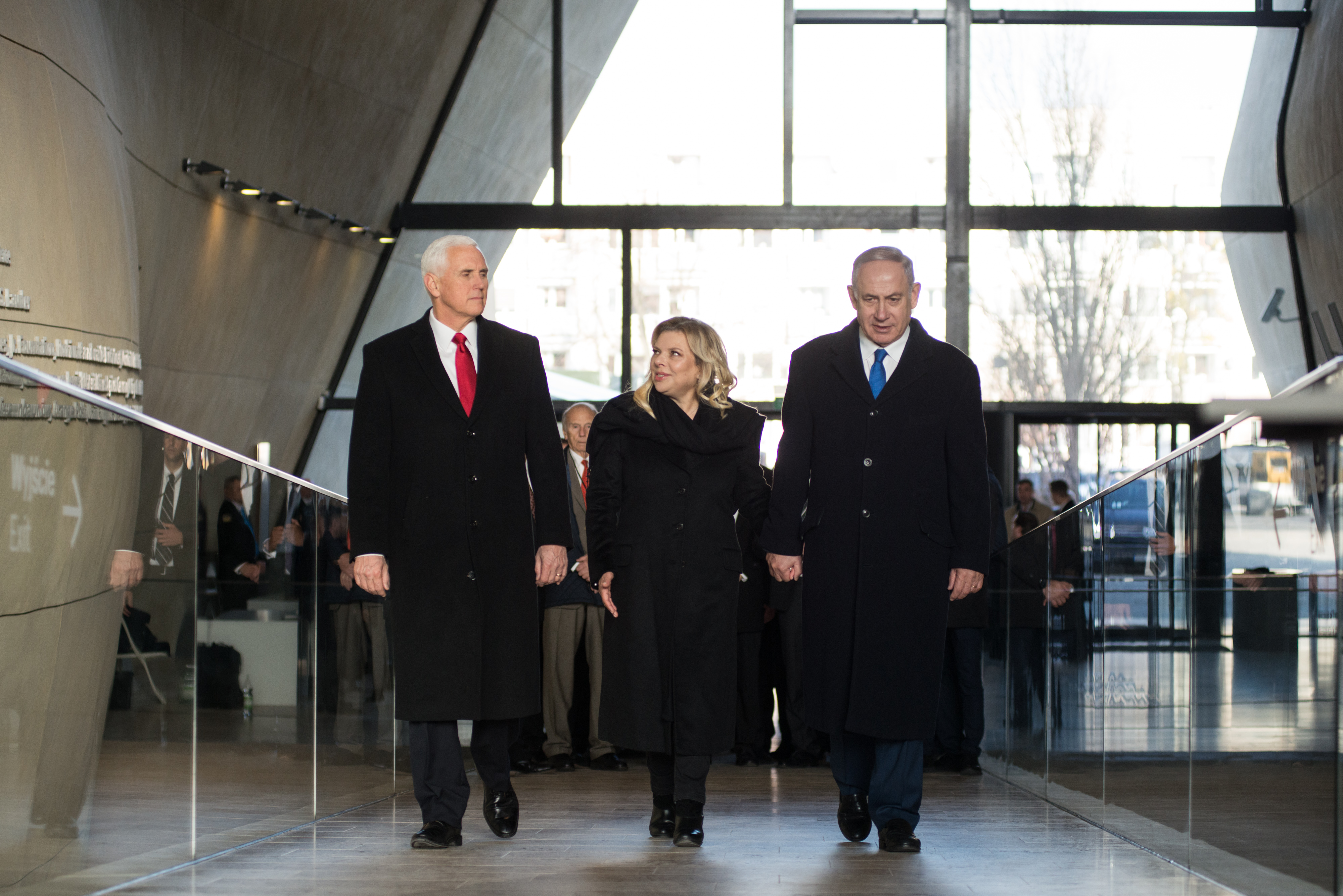 On Thursday, February 14th 2019, Vice-President of the United States of America, Mike Pence alongside with the Prime Minster of Israel Benjamin Netanyahu and Prime Minister of Poland Mateusz Morawiecki were guests of honor of POLIN Museum. Officials from USA, Israel and Poland payed their respects in front of the Monument to the Ghetto Heroes and met with, Piotr Wiślicki and Marian Turski, as well as other representatives of various Jewish organizations from Poland. At the Museum, Vice-President Pence and Prime Minister Netanyahu signed into the guestbook of POLIN Museum and had a brief talks with media representatives. Prime Minister Netanyahu joined with his wife afterwards and had a tour on the Museum’s core exhibition.