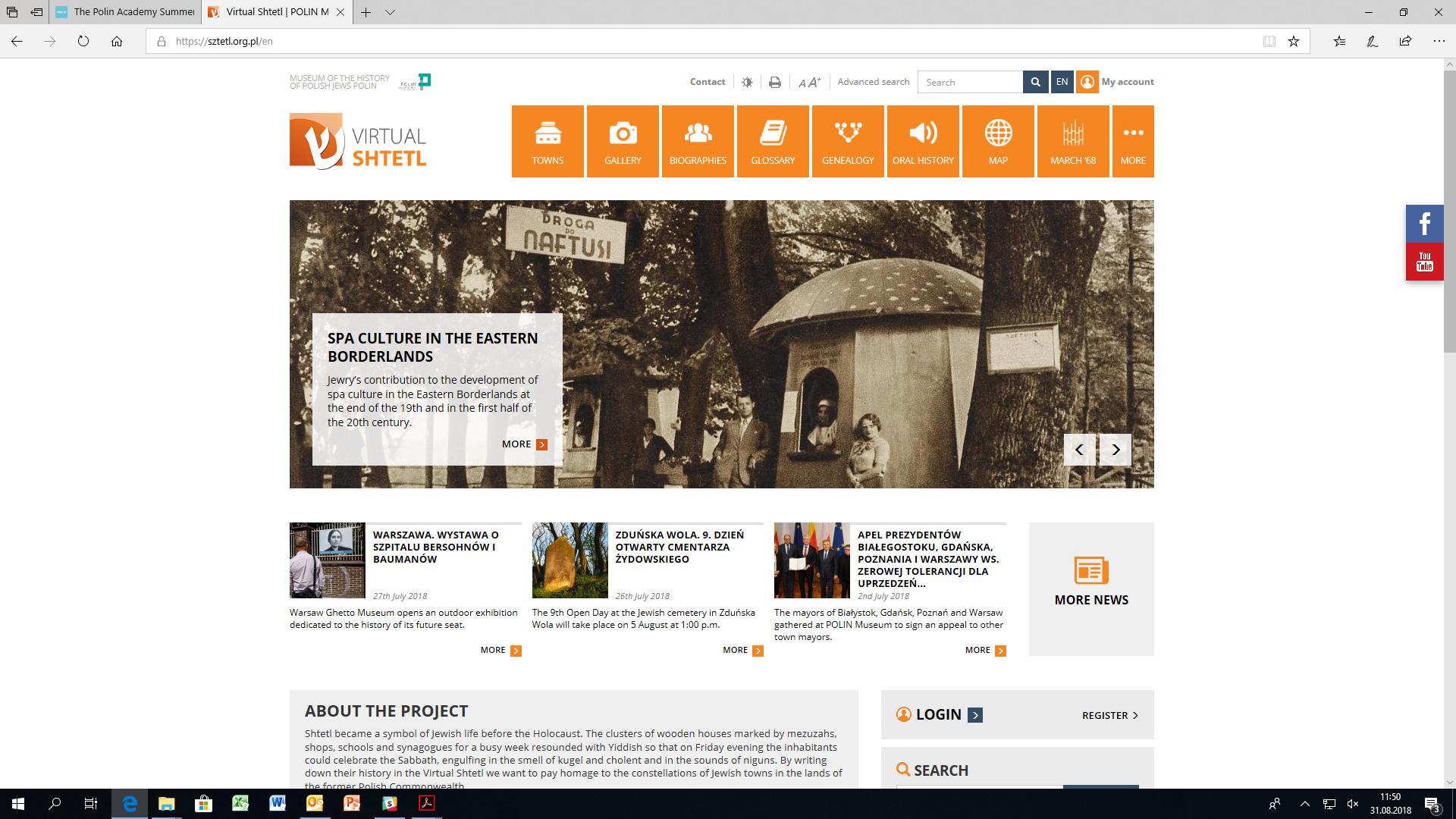 Virtual Shtetl* provides access to documented history of more than 1,900 Jewish communities. Since 2017, thanks to the support of our Association, we can use a new version of the portal. The upgrade and migration of the system’s data took almost two years. Communities are represented not only by texts, but also by maps, images, and biographical, dictionary, and encyclopedia entries. Virtual Shtetl also includes oral history interviews and genealogical records, statistical databases, and recent photographic documentation of Jewish monuments and places of remembrance.

Tasks completed in 2018 include the addition of original texts and translations, purchase of licenses for images, promotion, and technical improvements.

*Virtual Shtetl was created in 2008 and developed by the Association of the JHI. In 2012 it was given to POLIN Museum, which allowed the portal to greatly expand its resources.