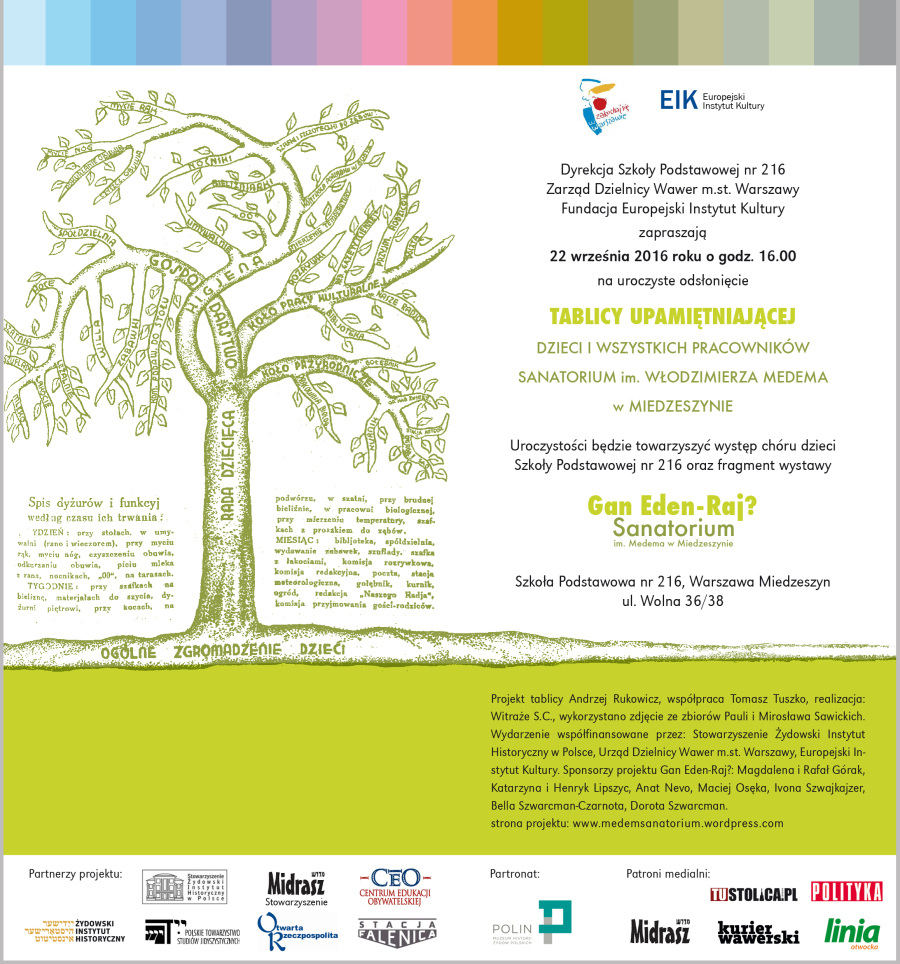 The 90th anniversary of the Włodzimierz Medem Sanatorium in Miedzeszyn was marked by a plaque, exhibition, and symposium organized by the Jewish Historical Institute and the European Institute of Culture. The commemoration honored the history of this significant place, its deas, and its people, and the teachers, doctors and children who gave the Sanatorium its unique character. The Sanatorium was known before the war in Poland and abroad for its innovative educational program. Text and photos: the European Institute of Culture Foundation

Amount granted by the Association: 5.000 PLN