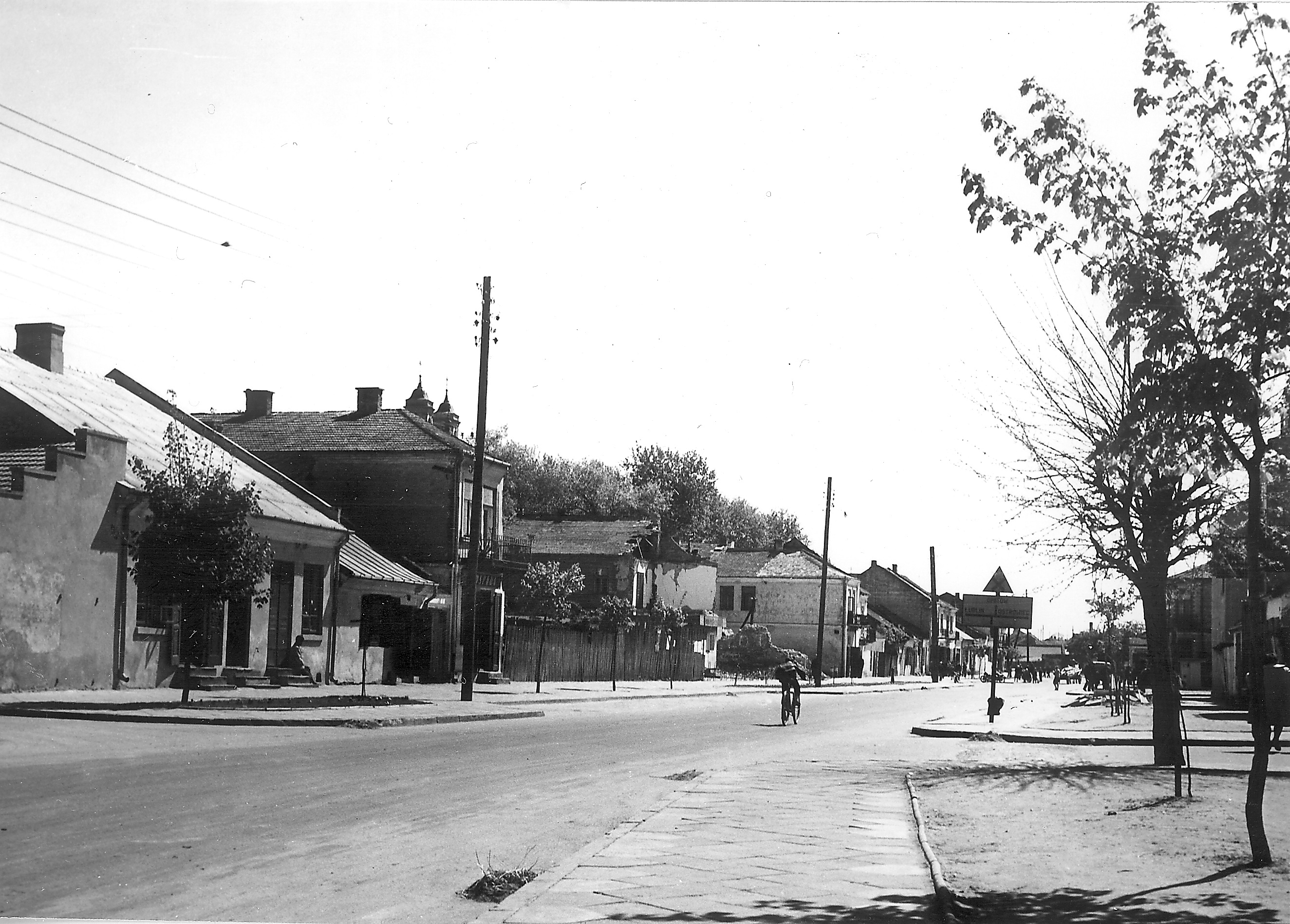 Former 3 Maja street (where the family house of Ben Zion Wacholder was) in the 50.

The aim of the project is to research, translate and publish memories of Jews who lived in Ożarów. The Jewish tradition of this city should be both commemorated and shared with the world. Presenting histories of individual witnesses will help bringing together Jewish and Christian communities, as well as overcome issues as mistrust, contempt and hostility. It should be seen as a step towards cultural and religious dialogue.

Ben Zion was born on the 23rd of September 1921, he went to regular primary school in Ożarowo for 5 years, afterwards he was moved to a yeshiva in Końskie, then in Baranowicze. He returned to Ożarowo after the outbreak of war. He left the town a few days before the destruction of the ghetto. After the war he moved to Paris at first, then to Bogota and finally to USA. In 1951 he graduated as a rabbi from Yeshiva University. 10 years later he did his PhD at the University of California in Los Angeles.
In 1963 he became a lecturer of the Hebrew Union College – Jewish Institute of Religion in Cincinnati, Ohio. In 1991 he published the IV Qumran Cave Scrolls with Martin Abegg. He died on 29th of March 2011 in New York, he was buried in Beit Shemesh, a city near Jersualem.

Amount granted by the Association: 3.000 PLN